Pirated Game Museum Wiki
Register
Don't have an account?
Sign In
Advertisement
in: Famicom, Disney, Games that start with a

Aladdin is a port of Aladdin for SNES on the Famicom, developed by Hummer Team.

There are many other versions of this game. In order from release:

All the following versions were hacked to run on the common MMC3 rather than JY's custom mapper, resulting in a number of glitches and missing content. The music screws up so it plays a song once, leaving you with no music or the bonus round music for the rest of the level. The animated background graphics in the game aren't animated and the "The End" graphics are glitched. 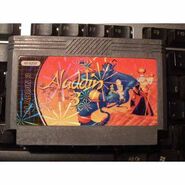 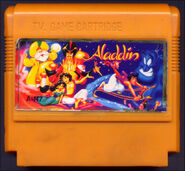 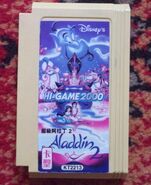