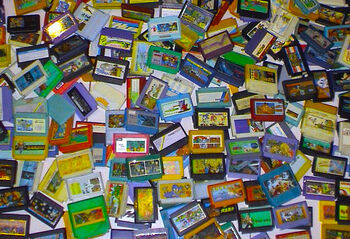 This is a wiki dedicated to showcasing the many pirate variants of video games released around the world, including, but not limited to, 8-bit and 16-bit gaming systems. Pirated games are illegal copies of official games, being sold without consent by the original copyright holders by unofficial companies. These illegal copies will display artwork on the label which either is a direct copy of the original, an edited version, or more commonly, customized artwork which differs from the original game, often times showing artwork that has no relation to the game included on the cartridge. This wiki is mainly a museum to show all these different variants that exist. It also can be helpful to anyone that has found a pirate that is ambiguous with what game it contains, and wants a way to identify it.

If you're interested in learning more about pirate games in general, you can visit the BootlegGames Wiki, which this wiki acts as a sort of branch to.

As the world of pirates is pretty huge, we can use all the help we can get! If you have any pictures to contribute or games that aren't listed, please feel free to add. Besides pictures, other ways you can help include:

However, please note the following before contributing anything:

Community content is available under CC-BY-SA unless otherwise noted.
Advertisement