Road Fighter is racing type game made by Konami in 1984 (Arcade version) and 1985 (NES/Famicom & MSX version).. Six years later NES/Famicom version of this game was released in 1991 in Europe. 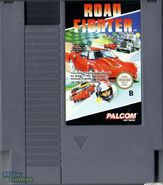 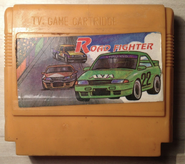 Add a photo to this gallery
Retrieved from "https://piratedgamemuseum.fandom.com/wiki/Road_Fighter?oldid=11241"
Community content is available under CC-BY-SA unless otherwise noted.