Tom & Jerry and Tuffy is a platformer based off the cartoon of the same name, made by Software Creations and published by Hi-Tech Electronics for the NES in 1991.

ID: NT-812. Some of the copyrights are removed.

Label is copy of the NES box. 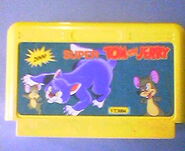 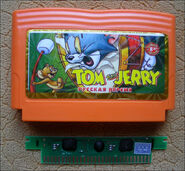 ID: FK-8329
Add a photo to this gallery
Retrieved from "https://piratedgamemuseum.fandom.com/wiki/Tom_%26_Jerry_and_Tuffy?oldid=11079"
Community content is available under CC-BY-SA unless otherwise noted.